Below is an article published by Cobra back in 18th June 2012. It talks about the how the quarantine status of the Earth is maintained by the Archons.

In particular, Cobra describes Doom33 which is a plan of the physical and non-physical Archonsto prevent mass arrests from happening.


According to that plan [Doom33], when the mass arrests would start, the non-physical Archons would give a signal through occult rituals to top physical Archons inside SMOM (Knights of Malta) and among 33rd degree Freemasons. Those people would then give orders through their links inside the military and alphabet agencies to create as much destruction and havoc as possible. This goes along with the Armageddon End times prophecies that are highly respected among the physical Archons. They would do anything to see those prophecies fulfilled. You do not need to be afraid of those plans as Light forces have detailed plans to prevent most of this from ever happening.

On Tuesday 11th April 2017, the The Archon families tried to activated this plan, which has been prevented by the Pleiadians with cooperation from the Russian and the Chinese military.

Time has come for me to release more intel about the Archons as we are entering the period when the destiny of this planet is being decided and people need to be informed so better choices can be made.

About 26,000 years ago, Archons declared this planet to be their property and all beings living on it their hostages and slaves. They have declared this planet to be a quarantine and every space vehicle entering or exiting this planet needed a special permit from the Archons. This is the reason for “non-interference” we hear so much about. The human race was being held hostage by the Archons for all those millennia, and after being held in a closed loop system of reincarnating to the same place over and over again, amnesia and lethargy crept in. The time of amnesia is almost over. After June 21st  this year, the rescue operations coordinated by positive ET races will increase in intensity.

In the past, the only way a human being could escape from the quarantine was through the ascension process, during which he had to release all attachments to all physical, etheric, astral and mental realities where Archons can operate. An alternative option of gaining freedom by being able to travel to other star systems will open to humanity soon as the quarantine dissolves. 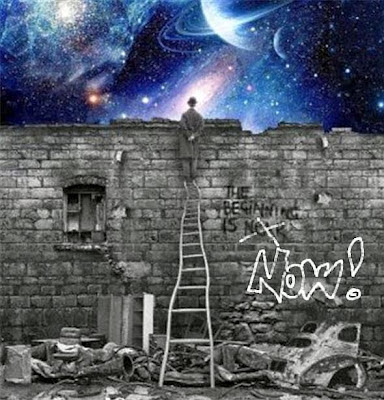 The Archons have been sustaining their control with a special technology that is called The Veil. It is an electromagnetic frequency fence on the lower astral and especially on the etheric plane, extending maximally 8.6 miles upwards and downwards from the surface ground level of our planet,  that to a great extent prevents the Light from coming into the quarantine Earth. The Veil is being operated by the non-physical Archons. This technology could be best described as etheric HAARP. This technology distorts the time / space structure on quantum level and thus creates big difficulties for UFO propulsion systems of the positive ET  forces. In the past, this has hindered the progress of the positive ET races towards this planet significantly.

Apart from keeping the good ETs at bay, the Veil has a function of programming / reprogramming the human population and keeping it in the reincarnation / recycling process. I will now state few of the main astral / etheric programs for incarnated humans currently in operation:

2) Blocking of free will and of positive initiative. This program is maintained with etheric infrasound technology. Part of that sound precipitates towards the physical plane and some people can hear it as a very low frequency hum. This was the source of mysterious sounds that people heard in the beginning of 2012 and not the destruction of deep underground military bases, as some sources erroneously reported. Infrasound blocks certain centers in the physical brain and this blocks positive initiative. This infrasound is also the cause of unusual tiredness that many people experience without any apparent reason.

3) Lowering the intelligence. This is done by inducing strong magnetic fields to the etheric brain and to the membrane between the physical and etheric brain and this disturbs the thinking process. This program results in foggy mind, forgetfulness and lack of focus.

4) Inducing disharmony in relationships. This is being done by tampering with the chakras of the etheric body and creating dissonant frequencies on the auric membrane with etheric infrasound. This program results in artificial split between love and sexuality, closing of the heart, overactivity of the mind and disbalance between female and male principles.

5) Inducing poverty. This is being done by projecting poverty holograms / images into the etheric brain.

7) Eating patterns / obesity. This program is induced by projecting images of a certain food that creates obesity, into the etheric brain.

8) All-seeing eye. This spy program operates from the etheric plane and monitors all activity of physical beings and then reports this to the non-physical Archons.

9) Implants. These are etheric / astral crystals that were put into the aura of every human being just before the incarnation, as that person needs to descend from the mental / higher astral planes through the lower astral / etheric towards the physical in order to incarnate. Those implants remove the memory of the prior incarnations and are the main reason why we mostly do not remember past lives, nor the Archon entities ruling the planet. Implants are somewhat poetically called the “veil of forgetfulness”.

There were also physical implants. The physical implants were very popular in Atlantis but were discontinued after the fall of Atlantis happened. There was an attempt to reintroduce physical implants after the World War II with physical biochips that were put into the vast majority of human beings through vaccination programs. This is the main reason why WHO has made vaccination mandatory. Physical biochips reinforced other programming but were successfully completely erased from the human population about two years ago with a special technology that could be operated from a distance, developed by the Resistance Movement. Therefore fears about NWO planning to microchip human population are not based on reality since the population has already been microchipped and those same biochips have also been removed without anybody really noticing.

The Archons have reactivated and renewed The Veil in early 1996 after the mass awakening happened in early 90s that made intervention of the positive ET races on this planet a real possibility. This was done with about 200 nuclear explosions on the lower astral and etheric planes. Those non-physical nuclear explosions have created a rift in the fabric of space / time that has opened dark wormholes through which many reptilian entities invaded planet Earth from outer space and infested its astral and etheric planes. The Veil was reactivated again in December 2004 after the mass awakening to the Goddess presence which happened after the first Venus transit in June 2004 and after some successful operations of the Pleiadian fleet towards liberating this planet. Now, after the second Venus transit in June 2012 the awakening is happening again. This time the Veil can not be reinforced as there are no negative physical or non-physical ET forces in the outer space left to invade our planet. We are thus very close to the final victory.

The success of our mass meditations was such that about 70% of the Veil on the astral plane and about 35% of the Veil on the etheric plane has already been removed. Therefore it is very important that we continue with mass meditations until the work is done completely and the Veil is completely removed. This is scheduled to happen in the 7 months period that started on May 20th/21st at the Reboot of the Grid and will be completed on December 21st, 2012.

Physical Archons and the rest of the physical Cabal may and can be removed long before the Veil is completely gone.

Physical and non-physical Archons have a plan with a codename Doom33 to prevent the mass arrests from happening. According to that plan, when the mass arrests would start, the non-physical Archons would give a signal through occult rituals to top physical Archons inside SMOM (Knights of Malta) and among 33rd degree Freemasons. Those people would then give orders through their links inside the military and alphabet agencies to create as much destruction and havoc as possible. This goes along with the Armageddon End times prophecies that are highly respected among the physical Archons. They would do anything to see those prophecies fulfilled. You do not need to be afraid of those plans as Light forces have detailed plans to prevent most of this from ever happening.

Jesuit physical Archons are still in control of the fuzzy logic artificial intelligence financial system computer program that Benjamin Fulford is speaking about. The Resistance Movement has put a computer virus in that program at the Reboot of the Grid on May 20th/21st and can now reboot the financial system if / when this will be necessary for the operations of the Light forces.
Jesuit physical Archons lost much power over general population in the March revolution in 1848/1849. Most of them have then moved to lower astral and etheric planes. Those that remained on the physical plane still control humanity indirectly through the Rothschilds. Rothschilds do not operate independently but obey orders from their Jesuit Archon overlords.

Solstice of 2012 is the turning point when many things about the Archons and the planetary situation will be decided. Sheliak timewave novelty graph shows a drastic decrease in entropy until June 21st, which indicates this turning point: 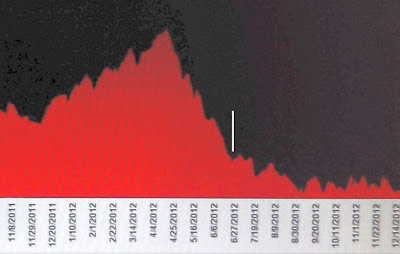