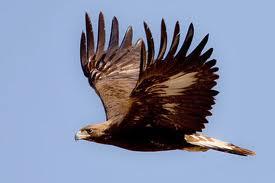 PEOPLE LETS DO THIS!


TZ here; Without the Peace Meditation on April 4th we would be in a much worse state of being than we find ourselves in now!


The Coronavirus pandemic would be devastatingly worse without that activation......


“Also, coronavirus pandemic has been contained to a great degree. On the graph below you can see that the spread of the pandemic peaked exactly on April 4th and then its speed receded for at least a month and a half.


Blue line on the graph shows the most probable spread of the pandemic without our meditation, indicating that we would have tens of millions confirmed cases by now:”
Posted by Hoshino at 1:27 pm No comments:

About 500 years ago 300 Beings came to an agreement to become united in purpose and goals.

These non-human beings’ goal was the continued control of humanity by all and every means. They reincarnated time after time and when they did so it was always into one of the controlling so called ‘Black Nobility Families’. They were guided to their ‘new roles’ after each incarnation....to become top Politicians, Royalty, Business Directors, Religious Leaders etc.

The majority of these beings were archons, and some were draconian reptilian.

Through their minions within associated Freemason and other societies they controlled everything in our world.

When humans made strides in many areas of knowledge, art and beauty, science etc. they then came in with their control of that knowledge to make sure that the humans did not get too far ahead of the game.

They did this easily and successfully because they had this secret goal uniting them with one other. They were totally aligned and in agreement with their vision. Yes of course there was infighting between many of these family groups about power of various kinds, yet they knew that to remain in control they had to back one another in the end.

They have had their tentacles in every area of human life.

Every single good plan by good people to unite for good causes for humanity were infiltrated and taken over by them.

That is why there is not one single completely healthy society or organisation on this planet.

THERE IS NOT ONE SINGLE HEALTHY SOCIETY OR ORGANISATION ON THIS PLANET.

Corruption has been and is everywhere.

If you would like to understand exactly what I mean, then I suggest that you read the following article, and all will become clear.

I published the article on May 16th both on my Facebook blog and Veritas Galactic Sweden ~ this website as Article # 211.

Then something occurred that I had never seen before.

Normally after I post something new on FB the numbers gradually increase over a number of days and culminate after about 5 days.

This article had 2300 views in 90 minutes! It amazed me and I was trying to figure out why?

19 hours after the article was published it had been viewed by 22500 people!?

Now ~ yes ~ now I get it! In that article I had shown clearly how the power of our 5 biggest meditations over the past 22 months had brought us to where we are now ~ quickly on the way towards Victory of the Light!

2 days later my Fb blog was blocked for me to post on. Later they blocked me from comments there and later still Messenger.

You see WE HAVE WON!

We are a worldwide group of devoted lightworkers who desire change and are willing to work idealistically to bring change about. They cannot infiltrate us any longer. Because we are everywhere!!!

Our goals and visions are much more than a thousand times stronger than theirs now.

They have lost their control and their time is up. Oh yes, they’re still around playing their game, but they know that their hours are reckoned.

That’s the truth of it ~ their hours are reckoned.

LESS THAN 3 DAYS FROM NOW ON THE SUMMER SOLSTICE WE WILL UNITE IN OUR ‘BOOSTER’ MEDITATION FOR PART TWO OF THE AGE OF AQUARIUS MEDITATION.

I will be sitting in place to begin the meditation at 0840 am Swedish time on Sunday 21st June. See # 221[https://www.veritasgalacticsweden.net/]

“We will use the energy of this Solar eclipse to meditate and visualize reaching the critical mass of over 144,000 people participating in our main meditation for the Age of Aquarius activation on June 29th /30th.

Light Forces are asking as many people as possible to do this preparatory booster meditation at the exact moment of the Solar eclipse, which will come on June 21st at 06:40 UTC, which you can convert to your timezone here:”
https://www.timeanddate.com/worldclock/fixedtime.html?msg=Booster+Meditation&iso=20200621T1440&p1=241

Nothing can stop us now.

When you know this .... you can release all thoughts of how things will be solved now for your personal life and for humanity......release all concern......put whatever concerns you might have into taking part in our LIGHT VISION.

NOTHING IS MORE POWERFUL ~ ABSOLUTELY NOTHING!

Midsummer is probably along with Christmas the most important time for celebration here in Sweden. Midsummer is celebrated on the weekend closest to the 21st June which will be the 19th to the 21st this year. Normally people gather with friends or family to eat together and celebrate outdoors preferably ~ weather permitting. This year the weather looks very promising, in fact best ever for such gatherings, but although travel restrictions within Sweden were lifted recently many people have cancelled plans this year.

It’s the lightest time of the year and it’s dark ~ dusk ~ a mere 3 hours a day right now. I live about halfway up the country. Further north you can see the midnight sun now.

The Light not only seems lighter than usual but is Lighter. The Light grows stronger now at such a rate that I imagine everyone must notice it but of course not everyone does....

Walking early morning or late in the evening is magical now. The beauty in nature is astounding as are the perfumes of the flowers.

An old tradition at midsummer is that young girls pick 7 wildflowers and then put them under their pillow in hopes of dreaming about their true love.

Sometimes it feels right now as if time is standing still. I find that I also have difficulty knowing what day it is. Last Thursday I was convinced it was Sunday? It felt like Sunday!

Cobra recently reminded us that we don’t have to fight them just raise the Light and the Light will take care of everything.

Do you understand now that that’s the truth?

It has always been the truth, but we haven’t always understood it.

Now that we had over one million people taking part in our last big meditation there is absolutely no way that things could go wrong.

THEY CERTAINLY DID NOT WANT US TO FIND OUT THE BIG SECRET!

We found out the secret! We found out that when we unite in heart ~ soul and mind and visualise what we desire through meditation that we can change everything. We can change absolutely everything and create exactly what we want and that’s what we are doing.

Let us once again unite all over the world and experience the enormous power of Oneness ~ the joy of knowing that we are sitting simultaneously worldwide with the exact same focus and the knowingness that this is truly how change takes place.

Victory of the Light

Ascension comes with the processes of Light.

Removal of the dark conveyors completes.
Posted by Hoshino at 2:49 pm No comments:

Expectancies of the moment are embraced.

Sciences within are up-leveled.

Posted by Hoshino at 2:21 pm No comments:

Frugals call upon the Higher Aware, and are rebuked.

Gaia Portals open fully with the Marches of Time.

Heavens are viewed within.
Posted by Hoshino at 3:26 pm No comments:

Email ThisBlogThis!Share to TwitterShare to FacebookShare to Pinterest
Labels: GaiaPortal
Newer Posts Older Posts Home
Subscribe to: Posts (Atom)
Keep shining the love and spreading the news of what is coming.