[History in the making series] Cintamani

Below is the article published by Cobra on 8 June 2015 about Cintamani. This is one of the articles that bring more awareness of the stone to lightworker community.

Two years on, Cintamani stones has been distributed to many lightworkers around the world, with more being placed in key locations around the Earth to form a powerful Cintamani Grid.

Going forward, Cintamain will continue to be one of the key elements in the planetary liberation.

Cintamani is a sacred stone which came from Sirius star system. Millions of years ago, during a Galactic superwave, a planet orbiting Sirius A exploded. Its fragments traveled in all directions, some of them reaching Earth after long journey through interstellar space. 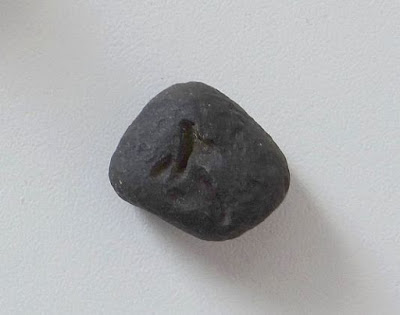 In the last 26,000 years, the positive Agarthans were guardians of Cintamani stones. Throughout the history, they have given pieces of Cintamani to some of those individuals who had the maximum potential positive influence on the human history. King Solomon, Alexander the Great and Akbar were in possession of a piece of Cintamani stone.
One piece of Cintamani, previously in Templar possession, was given to Edward Bulwer-Lytton, who revealed the existence of Agartha to humanity in his famous novel The Coming Race:
https://www.gutenberg.org/files/1951/1951-h/1951-h.htm
Later this same piece was given to a certain Templar group near Untersberg and then to the Vril girls (die Vrilerinnen) who channeled the technological know-how for first working space program on the surface of the planet since the fall of Atlantis.
Another piece was given to Nicholas Roerich, who attempted to achieve world peace with it. His well known Banner of Peace is a symbol related to the triple Sirius star system:
http://en.wikipedia.org/wiki/Banner_of_Peace
The dark forces, from Inquisition, to Jesuits, to Hitler, were trying to get a piece of Cintamani into their distorted hands, unsuccessfully.
Cintamani is the sacred stone of the Brotherhood of the Star, the last true remnant of the mystery schools of Light from Atlantis:
http://2012portal.blogspot.com/2012/09/brotherhood-of-star-this-blog-post-will.html
Many Lightworkers and Lightwarriors belong to the mandala of 144,000 star beings of Light who came to planet Earth many incarnations ago to assist in the liberation of this planet and the Shift of the Ages.
Since the opening of the IS:IS portal in December 2014, Light is flowing from the Galactic Central Sun, steered through the facets of the Moldavite chalice of the Holy Grail which is serving as a lens, directed to the 144.000 to trigger their awakening.
Cintamani stone is the next step in this energetic process. Since the start of MOSS, the Light forces have asked me to spread pieces of Cintamani stone among the most awakened Lightworkers and Lightwarriors.
At the Event, the Galactic pulse will flow through Cintamani stones. Each holder of Cintamani stone will serve as an energy conduit, transmitting energies of the compression breakthrough into the planetary energy grid. One batch of Cintamani stones has been sold, but we have reserved another batch for those Lightworkers and Lightwarriors that are struggling financially, and they will receive the stones free of charge.

A very limited quantity of Cintamani stones was put on StratoProbe 3, a nearspace vehicle which I have launched together with my team. StratoProbe 3 has reached a maximum altitude of about 25 miles (40 km) and the photos it took at that altitude clearly show the curvature of the Earth: 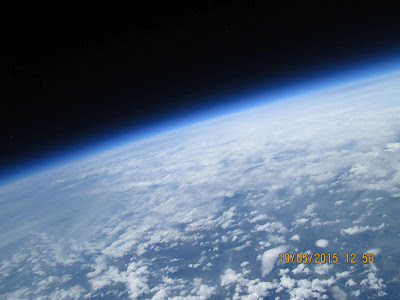 I hope this is proof enough for most people that Earth is not flat, or at least that it was not flat on May 19th, 2015 when the photo was taken.
Cintamani stones are pure Light and their energy can not be misused. They help dissolving implants and strengthen your inner guidance. But be aware that they are strong amplifiers and serve as magnifying lens to show you what is inside of you, in order for you to transform it and make you more ready for your mission so that you can play your part in the planetary liberation process.
The Breakthrough is near!

One batch of Cintamani stones is now ready for those Lightworkers and Lightwarriors who do not have money to buy one. They will receive the stone for free, they will only need to pay actual shipping costs. If you are from Asia or Australia and would like to receive your stone, please contact anthem.chang@gmail.com . People from North and South America can contact cittamani777@gmail.com .

UPDATE: all free stones have already been given out and will be shipped very soon.
Posted by Hoshino at 5:23 pm

Email ThisBlogThis!Share to TwitterShare to FacebookShare to Pinterest
Labels: cintamani, history in the making