Below is a report from Cobra regarding the Hurricane Meditation over the weekend.

It is good to see us Lightworkers have used the power of group consciousness to help minimising the impact on Hurricane Irma,

Thanks again to everyone who have participated in the meditation.

To support the initiative from the Light Forces, a few fellow Lightworkers and I have created a new blog to promote mass meditation. We would like to use it as a tool to promote all majar mass meditations around the world, as well as help to support local weather events.

Please support us if you wish.

As you probably know, we were very successful in dissipating hurricane Irma, especially in the last phase of its journey through Florida: 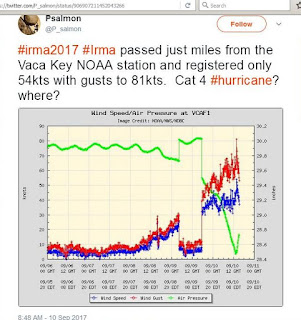 It was expected that Irma will directly hit Tampa as a powerful category 3 or 4 hurricane with 130 mph winds: 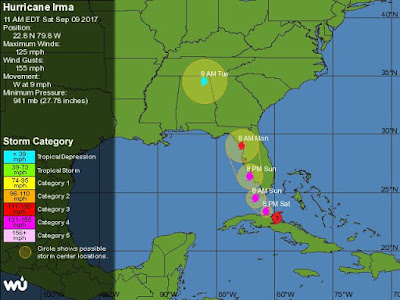 Instead, weather station in Tampa recorded 19 mph winds at the moment of the closest approach of the storm:

Our success was easier because of high concentration of Lightworkers in Florida, two Tachyon chambers in Miami area and strong cintamani grids in Florida Keys, Miami and Tampa:

The Light forces were guiding the storm so that it created as little damage as possible, slaloming as far away as possible from Miami and Tampa with their strong cintamani grids:

There is now a new storm approaching Taiwan, Japan and China:

The Light forces have asked if someone could open a blog that would organize meditations to dissipate this storm and all future strong weather events.

Strong weather events are not planetary in scope but are localized to a certain part of the planetary surface and thus critical mass of meditators to dissolve them is usually between 5000 to 10,000 people, which should not be too difficult to reach.

Victory of the Light!
Posted by Hoshino at 2:35 am